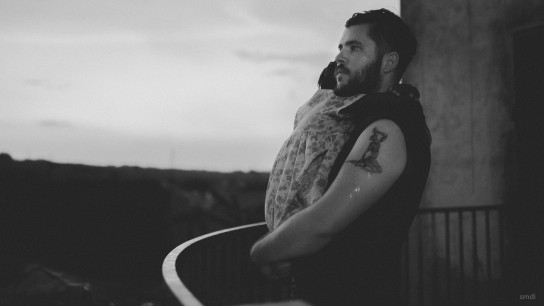 Brennon Wayne Bloemendaal is a story teller, journeyman, musician, and activist in Raleigh, NC. He grew up in Southern California and learned to play and love music at a young age. At 19, he moved to Austin to help plant a church in the downtown area. Over the next few years he began several music projects, and his interest and heart for people experiencing physical, emotional, and spiritual poverty grew. In 2009 Brennon went to work for a non-profit called Invisible Children, and in 2010 moved to Uganda to be with the people whose story he had been telling. It was at this time that the Imani Project was born. In 2011, Brennon returned home to Austin, where he continued to play music and lead worship around the city. Through networking and relationships, Brennon became involved with an organization called Help One Now. In 2012 and 2013, he traveled to Haiti, Uganda, and Zimbabwe with Help One Now and was asked to come on staff full time as their Haiti Operations Director. Brennon lived and worked in Haiti full time for 3 years and has now returned to Help One Now’s main offices in Raleigh. He got to work alongside incredible Haitian leaders, who were already doing some amazing things, and he is now giving his time to figure out even more ways to support them in their dreams and vision for the future! If you would like to read more about Brennon’s involvement with Help One Now, click here.